Learn about the research behind Gingko, alpha-lipoic acid, and diet

Vitiligo is a skin condition where depigmented patches in which skin color has been lost appear on the skin.[1] While the exact cause is still unknown, vitiligo is thought to be an autoimmune disorder where melanocytes, the cells that produce skin color, are destroyed by one’s own immune system.[2,3] Conventional vitiligo treatments include topical steroids, steroid injections, and light-based therapy known as narrowband-ultraviolet B light therapy.[4] However, emerging research has shown that other more natural treatment options, used either alone or in conjunction with conventional therapies, may help to improve vitiligo. 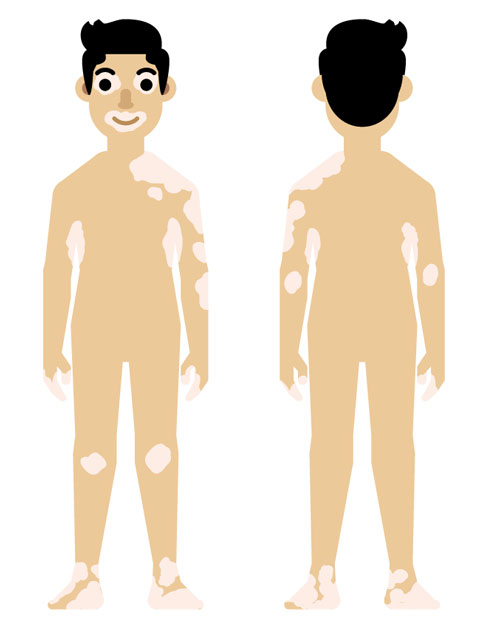 Here are a few natural approaches to vitiligo and the research behind them.

Use of Ginkgo Biloba for Vitiligo 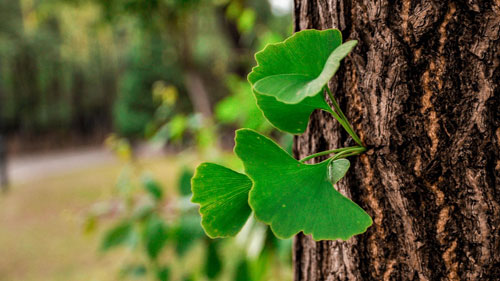 Ginkgo Biloba is an ancient, slow-growing tree found in China.[5] The leaves of the Ginkgo tree are thought to be antioxidants and immune regulators that have been used medicinally for years for various ailments.[5,6] Recently, research looking into medical uses for Ginkgo has greatly expanded, especially in the treatment of vitiligo.[5]

Oxidative stress and its role in vitiligo

Oxidative stress and reactive oxygen species are thought to play a major role in damaging melanocytes and contributing to vitiligo, and Gingko’s antioxidant and immune-regulating properties have shown to help protect these cells.[1,6,7] Studies have shown that patients using Ginkgo 60 mg capsules internally, two or three times a day, noticed a stop in the progression of vitiligo.[1,6,7] Some of the patients experienced complete repigmentation of the white patches back to the patients’ original skin tones.[1,6,7]

Researchers looking at bilobalide, an active compound in Ginkgo, described the possible action of Ginkgo in the body.[8] The researchers suggested that a build-up of hydrogen peroxide, a reactive oxygen molecule that causes damage to the pigment-producing melanocytes may an important factor in driving vitiligo.[8] Bilobalide was shown to block hydrogen peroxide and the immune cells from damaging the melanocytes.[8]

Ginkgo Biloba is a promising[1,6,7] natural option for the treatment of vitiligo, but before one decides to use Ginkgo, some considerations must be made. As Ginkgo is a slow-growing natural resource, with a dwindling abundance, along with constant overharvesting for research, it is now recognized as an endangered species.[5] Natural medicine practitioners and herbalists take into account the environmental impact herbal medicines can have on particular species of plants, and sustainability is prioritized in the development of treatment plans for patients.

The Use of Alpha-Lipoic Acid for Vitiligo 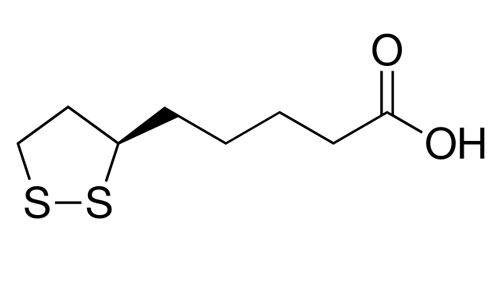 Alpha-lipoic Acid is a fatty acid naturally made in our body and is important in energy production by our cells and also functions as an antioxidant, which protects against damaging free radicals and oxidative stress.[9] Alpha-lipoic acid can be taken orally as a supplement and has been shown in vitiligo to work well with conventional treatments.[4,9]

In one study, an alpha-lipoic acid supplement that was formulated along with vitamin C, vitamin E, and Omega 3 fatty acids. The supplement was given to patients two months before and throughout the six months of receiving narrowband ultraviolet B (UVB) light therapy.[9] Compared to the group that did not receive the antioxidant supplements, oxidative stress was reduced significantly and thought to increase the effects of the UVB light therapy.[9]Alpha-lipoic acid can also be used in combination with both betamethasone steroid injections and narrow-band UVB light therapy.[4]

Diet and Stress Management for Vitiligo

Diet and lifestyle can be major components of one’s health, especially among skin conditions. Poor diet and high levels of stress are thought to play a pivotal role in many people who develop vitiligo.[3]

Preservatives such as sodium benzoate,[10] sodium nitrate,[11] and sorbic acid[11] in processed foods can increase the oxidative stress in one’s body.[12] Pro-oxidant chemicals may contribute to worsening of vitiligo.[12] Avoiding processed foods by eating a diet rich in whole fruits and vegetables can help to decrease oxidative stress in the body.

An inability to digest gluten, a protein in wheat, barley, and several other grains, has been shown to contribute to vitiligo in some individuals.[2,13] One patient who was not responsive to other treatments, and removed wheat products from her diet, saw repigmentation within the first month of avoiding gluten.[13] Although this report is only in one patient, it raises that possibility that removal of gluten may be helpful even those that do not have celiac disease. However, more research is needed before gluten avoidance can be considered broadly.

Long-term high levels of mental-emotional stress trigger the release of stress hormones such as cortisol that can wreak havoc on one’s body if they become chronically elevated, which may play a role in the development of vitiligo.[3] Mindfulness and mind-body practices such as yoga and meditation have been shown to monitor and balance stress hormones that lead to oxidative stress, and even enhance the antioxidant system in the body.[14,15] Meditating daily is free and only requires a few minutes per day, but may have beneficial effects on stress.

Natural treatment options for vitiligo such as Ginkgo Biloba, Alpha-Lipoic Acid, dietary changes, and stress reduction offer a broader approach to vitiligo beyond conventional therapies. One should always consult a physician to determine the best route of treatment for vitiligo whether it be conventional, natural, or both.

* This Website is for general skin beauty, wellness, and health information only. This Website is not to be used as a substitute for medical advice, diagnosis or treatment of any health condition or problem. The information provided on this Website should never be used to disregard, delay, or refuse treatment or advice from a physician or a qualified health provider.